Spoilers will be required to read this review.

In almost pulp tradition, this episode of The Flash is titled “Escape from Earth-2”. I did expect to see Killer Frost again, and fortunately enough Danielle Panabaker is getting a few more lines as the villain ice queen (no singing expected). I am glad to see her stretching her acting chops in a role that is more than just the straight up bad girl/good girl. As much as usually feel that both Iris and Caitlin are underused, they both have received a lot of interesting screen time with the Earth-2 plot. Even back on Earth-1, they’re working more than usual.

As it happens, after this episode it’s uncertain where Killer Frost future lies. I am glad she’s both the traitor to the cause and the unexpected saviour at the end. However, Caitlin Snow from Earth-1 is once again left emotionally shattered when Jay Garrick is pulled by Zoom back through the breach at the very last minute. There’s something very hokey about that scene. Who else thought that it was extremely silly of Jay to stand around a closing vortex? Or was it premeditated?

We did have a strong hint though. The man in the iron mask who tells Jesse and Barry something they need to know while imprisoned opts to use a code that requires some serious encryption skills to break, and the first important thing he chooses to say is J, A, Y. There’s more than a few plot holes here to fill. Zoom should obviously had never put these three people in the same room. Why did Zoom put an iron mask on this prisoner? Because obviously his identity could be detrimental to his plans. There’s a few theories going around on the internet. The one that seems more popular is that under the mask is the real Jay Garrett, while the man we’ve so far known as Jay Garrett might actually be Zoom. This leads to a double cross in which Caitlin Snow might have just cured Barry’s worst enemy of his cellular degradation with the Velocity-9 formula, therefore no longer needed his Jay Garrett persona.

Which brings us back to Caitlin. With a doctorate in bio-engineering, I am glad she’s the one to develop the Velocity-9 formula. I am glad she gets to flex her acting chops playing Killer Frost. But she’s been put to hell back after losing Ronnie Raymond during the particle accelerator accident, marrying him and losing him again when the breach occurred and now losing Jay Garrett. This is not a heart breaking situation. She didn’t break up with a boyfriend, she became a widow. I hope this means she gets somewhat of a story next week about coping with her losses. I hope they don’t sweep this underneath the carpet with just one scene. As much as I’d like Caitlin to get some happiness, she does need to grieve.

Oh yeah, and then there’s Arrow. I’m going to leave it for the highs/lows. Let’s kick that off. 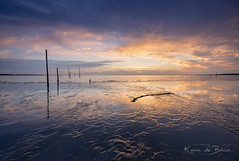