The vampire movie genre has had so many revivals that it’s becoming really hard to subvert it for a new generation. However, just to prevent it growing stale in young adult romance novels, once in a while one is tempted to just stir it with violent action adding swords and guns to the already volatile concoction of blood and fangs. Don’t expect anybody to turn into a bat in this one. 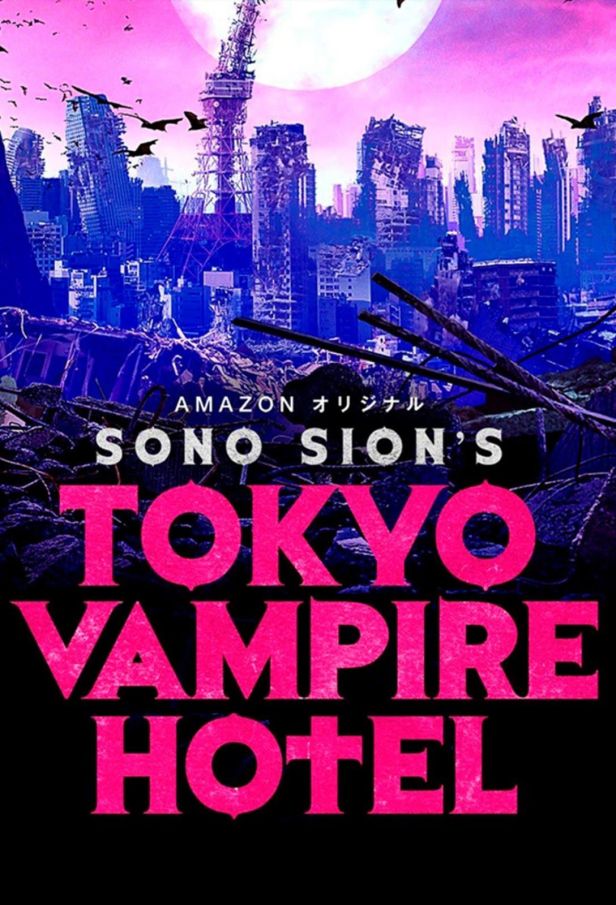 Tokyo Vampire Hotel is Sono Sion’s creation, initially a series created for Amazon on various episodes. Now it’s crammed full of gore into two hours twenty-two minutes of completely over the top violence, blood and an unhealthy dose of WTF.

Manami (Ami Tomite) might be the child from an ancient prophecy promising power and tipping the scales between two ancient vampire factions, the Draculas and the Corvins. K (Kaho) is sent to retrieve her in the name of the Draculas but don’t expect the Corvins to take this lying down in their coffins. Heads will roll, everyone will be shot, blood will flow. Expect to get drowned in the red stuff before the film even starts.

The movie plays with color schemes throughout. The walls are either bright red, bright blue, bright yellow or bright green. One of the villains, Yamada (Shinnosuke Mitsushima) always dresses in bright color and for the final confrontation he appears in an honest to god bright pink suit. Guns and swords hang from the walls (for fun, explains one of the vampires). You can checkout anytime you want but you can never leave (sorry).

The movie is not all violence though. Eh… Okey, let me take that back. The movie does flashback some backstory, specially on K. Don’t expect things to go too deep. There’s a darn song that keeps repeating over and over, fortunately I don’t speak Romanian. Other than that and some other WTF-ishness, the movie will be all violence. The action is played over very loud punk rock music with pauses for classical music now and then.

Only recommended for fans of ridiculous levels of violence and gore. This is one of those movies that can only be played in a dark theatre as the last show of Fantasia or another show that receives violence and gore. It won’t stand to scrutiny, it will not survive in the sun, you need a like-minded audience to get soaked in it. Anywhere else and it will crumple to dust.