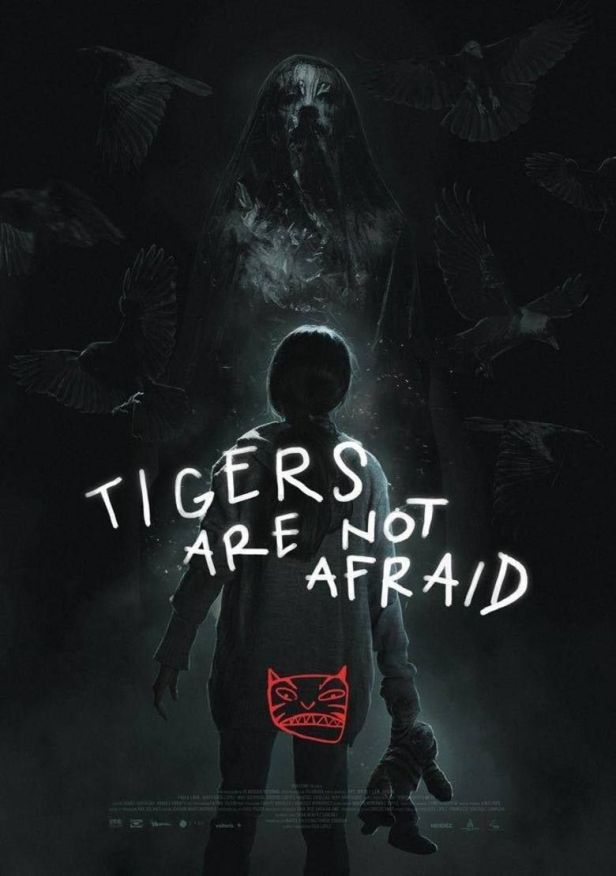 Tigers Are Not Afraid is the work of director and writer Issa López. I stumbled onto this movie by chance, and I was blown away. First things, first: this is not an easy movie to watch. It will move you, it will shock you, and it will be both tender and brutal. There’s a fantastic element in this film that is left open to your interpretation. Ambiguously, the film avoids clarifying whether what you see is real or not. You can see a lot of influence from Guillermo del Toro.

In that sense, the film is making you live through the eyes of young Estrella (Paola Lara) and street kid El Shine (Juan Ramón López). Estrella is waiting for a mom who won’t come back. El Shine leads a gang of kids surviving in the streets by stealing from drunkards. One night, he steals a gun and a phone from a gangster and things go from bad to worse for everyone.

“Los tigres no tienen miedo,” says El Shine. You want him to be right, and you want him to be a tiger, but his childhood has already taught him the meaning of fear. He’s Peter Pan to his gang of Lost Boys, and Estrella will eventually be accepted in after she’s given one seemingly impossible task to complete. She’s Wendy for sure. However, I must warn you this might feel like an urban fairy tale but it goes to some very dark places. The elements of fantasy and horror don’t compare to the true life horror of kids losing their parents or falling victim to human trafficking.

Highly recommended with a warning. There are good and great movies at Fantasia this year, and I am glad to report on one of the best. However, this is definitely a violent story where people die and children are put in danger. The director talked about working with the young cast, that a lot of them had little acting experience and had to be specifically coached on how to stop acting since the dark subjects could give them nightmares. This is not a movie for children.