Here’s the old spoiler disclaimer for you. I will be touching on particulars of the plot. They’re enough for you to piece it all together. My whole intention is to still make this a relevant post for someone who has seen the movie or allow enough to be revealed to entice you to watch it or convince you that it isn’t for you. Spoilers ahead.

“You don’t rob a bank when the getaway car has a flat tire.”

That’s a direct quote from the movie that I feel unintentionally becomes a challenge for each undertaking that the actual movie plot takes on as well. There’s a latent, present threat as soon as you start watching Star Trek Into Darkness. One is whether the Kirk and the rest of the crew of the Enterprise will overcome the odds neatly stacked against them. The other, is whether the movie delivers a satisfying resolution to each challenge that present itself.

Let me say I enjoyed the first of J. J. Abrams’ offerings. His reboot of Star Trek was more visceral and dynamic to a formula that might have been suffering from getting lost in contemplation. The main challenge is that Star Trek movies for the most part bring out an intellectual theorist out of me. There’s an insurmountable problem that you can’t solve by brute force alone, you come up with a strategy based on your limited resources.

The problem is the storyline hampers that troubleshooting by relying too much on brute force and blind luck alone. The car doesn’t have a flat tire, but the carburator is acting up. That kind of leaves behind us star trek couch tacticians at times. There are brilliant solutions to more than a few issues. More than enough to keep me in the theater. There are also great moments. But the movie also falls back onto the blatant overuse of cliches from the previous generation of Star Trek movies for the sake of… well, one might call it a homage. I’m not sure. One thing is to let the fans recognize a familiar setting and another to realize that we’re just recycling exactly the same scene.

Benedict Cumberbatch’s John Harrison is brilliant, scary, powerful and charismatic. Most of the audience will be swayed by his devotion to what he believes true and his demeanor without mentioning he’s both mentally and physically imposing to everyone around him. It becomes very obvious from the start he’s going to be a problem to Starfleet. The speculation of his true identity ran rampant online enough for everyone to be exposed to it. But when the big reveal comes… it’s too soon. No suspense precedes it. You’re supposed to be shocked by who he is – and I wanted to be, but the movie didn’t build up to it. Opportunity lost.

I’d prefer it if you had showed me the characters looking at a computer screen while some hacking was going on – a progress bar, the music building up… and the name showing up in the screen. Or better yet, don’t mention it at all throughout the movie and just reveal it at the end.

Unfortunately the real reason it’s revealed is for one of the characters to scream the name later on. If you hadn’t figure it by now, I know that just gave it away. The scene is one that you’ll recognize the moment it’s set up and it’s taken from one of the classic Star Trek films. It’s more elaborated and fancy but it still feels more like a rip off than a tribute. Ok, Spock sees this terrible thing has happen. He has an emotional outburst. Why would he call out the name of someone that is not directly involved with this scene?

Why not build up to it? Have the other guy (who we haven’t seen in screen for a good twenty minutes) patch in through intercom or whatever. Have him taunt the crew of the Enterprise. Then it will make some sense.

I see how J. J. Abrams has tried to make a tribute to the old Star Trek universe here, but the movie starts out with a promise that is not quite fulfilled. One thing is for your characters to try something old, a different one is to literally lift a scene from another film.

I can’t tell you not to watch this movie though. It’s almost a fan’s duty to pick his favorite franchises apart. I can still recommend it and say there things here that have to be seen for both new fans and old fans alike. Old fans will have to put up with a bit of movie plagiarism, specially close to the ending. It’s a shame because a couple of changes could have made them a little more easy to digest.

Recommended with reservations and a big warning. You have already seen spoilers for this movie.

This site uses Akismet to reduce spam. Learn how your comment data is processed. 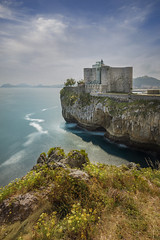 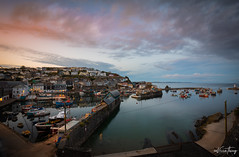