Mia (Luna Wedler) just moved into town. She’s an outsider at school trying to fit in. She’s just fifteen and doesn’t understand why her body is changing. She wants to run with the popular crowd of kids that are just too cool. She will start acting up, and she will get into all sorts of trouble just for the thrill of it. 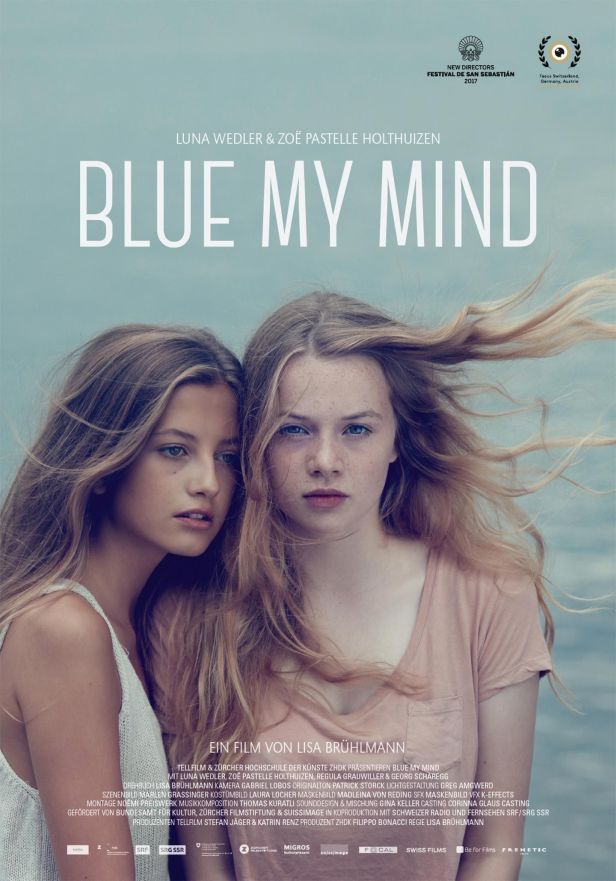 Blue My Mind is director Lisa Brühlmann’s first feature. It is a coming of age story that is everything but innocent. What starts as teenage rebellion and mischief quickly turns into recklessness, alcohol use, drug use and sex. Mia finds a new best friend in Gianna (Zoë Pastelle Holthuizen) the leader of the popular clique. As Mia’s bad behaviour escalates, the hints at something even stranger happening become stronger.

As every teenager, Mia does not want to be different. She does not want to stand out from the crowd. Whatever is happening to her has to stop, so she is constantly running away from it. As weird and bizarre as it is, the fact that it is happening in her adolescence mirrors her own growth into a woman. Unfortunately for her, nobody can seem to help when her changes start becoming too evident.

This is a brutal movie. It doesn’t hide the ugly truths of adolescence, specially what teenagers end up doing while unchecked. There’s scenes that are very graphic in this film where you will not be comfortable being in the theatre. This movie is definitely only for a mature audience. Eventually Mia goes through a metamorphosis that will change her forever.

Recommended with reservations. This is a good film when everything is said and done, but it does look like a cautionary tale that goes to some very dark places. You will not be comfortable watching it and you shouldn’t. As strange as the fiction part of the story line is, the real life of a teenager might just be stranger and more brutal than any other fairytale.