Yes, it’s the grandfather of all monsters movies on the Fantasia screen. 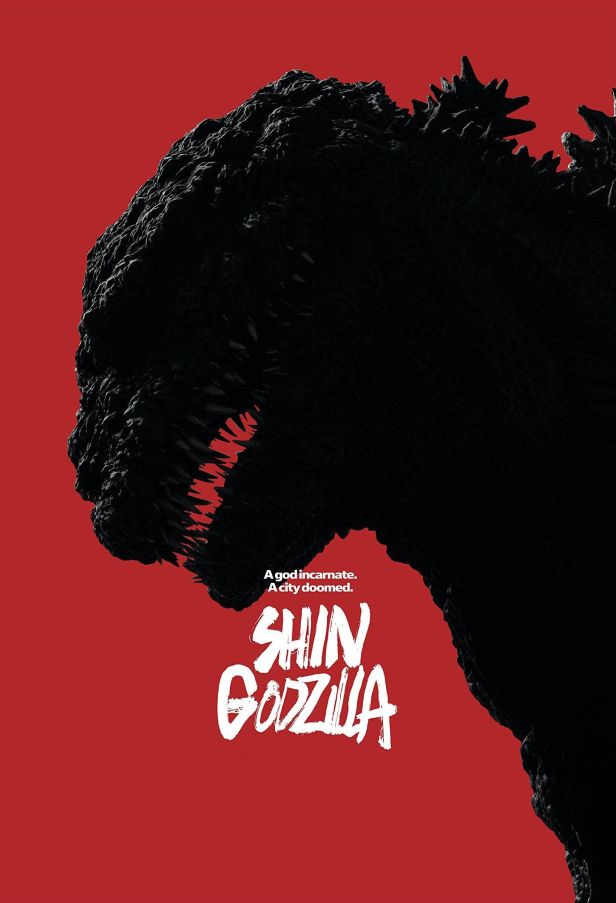 Something is boiling the water near the coast of Japan. The super organized government of Japan is looking into it, but there’s no chance this is going to be some underwater creature, is it? And for sure it will not be anything that’s going to threaten the residents inland. We’re pretty sure, so let’s send out the Prime Minister with a statement to calm everyone. Actually, we might have to revise the first statement. And the second.

Godzilla (or Gojira as he’s known to the Japanese) is directed by Hideaki Anno (Neon Genesis Evangelion) and Shinji Higuchi (Gamera). Actually, you can sense several references to Evangelion throughout the film, including one of the “get ready” music backgrounds. You can also sense it in the amount of bureaucracy and numerous government agencies that get called out as part of the emergency relief efforts.

This of course is no natural disaster and the Japanese government finds themselves drafting in new legislature to be able to take action. Godzilla is apparently unstoppable. The officials in charge of putting together a solution keep finding barriers and an all-too-eager US-led task force that is willing to drop a nuke on the damn thing. You start wishing they’d try using some of the red tape that they need to go through.

Highly recommended for Fantasia crowds and fans of the original movies who want to see Godzilla back on the big screen and looking very much like his old destructive self. I was not a fan of the eyes of the first mutation, they were way too googly and that took me out of the moment. However, the wide shots of the destruction path really place and ground the movie closer to reality. I was really glad to recognize the Godzilla of old, that was a huge thing for me.