The latest Detective Comics #27 promised featured work from famed Batman comic book artists past and present. What you get is bit of a mish mash between the serious, the nostalgic and a little of the ridiculous too.

There is a reboot of Batman’s first ever adventure: The Case of the Chemical Syndicate. There’s some madcap hijinx that I didn’t quite get into with Neal Adams’ Old School. A look into the world of Frank Miller’s The Dark Knight returns with Better Days – although Frank Miller is not involved here. There’s a very short story called Rain with a certain kid you might recognize. The Phantom Stranger gives Batman an alternate timeline in a sort of It’s-A-Wonderful-Life fashion with The Sacrifice and perhaps the only story you’ll care about – a real new arc with Gothtopia which is part one of three. The futuristic Twenty-Seven written by Scott Snyder closes the issue.

Recommended for nostalgia and even if you don’t want to relive any old stuff there’s the first part to the Gothtopia story arc. I also enjoyed The Sacrifice and Twenty-Seven.

Next we visit the alternate world of Earth 2 #19, a comic which once again gives us a Batman vs. Superman scenario.

The new Batman has managed to recruit Marella, the Queen of Atlantis, as well as Lois, who’s Red Tornado, and a teenage tech-savvy James Olsen. Dragged along for the ride is Major Sato.

His slowly-growing team will add one very intriguing member in this issue. A young kid that has seemingly looks african-american, but in reality he’s Kryptonian. Stands to reason that in Krypton there are people of different races the way there are in Earth. Not everyone has to look like Superman.

Meanwhile, Apokolips-reborn Superman destroys a few national monuments and basically let people know that Darkseid and his armies are looking forward to moving to Earth. As he delivers his speech, Batman and company escape with the help of Hawkgirl to a secret rendezvous spot which we should see the next issue: the Batcave.

Next we visit the alternate world of Injustice: Year Two #1, a comic which once again gives us a Batman vs. Super – wait, didn’t I just say that?

Yes, it’s another season of Gods Among Us and in this number we get a flashback to the happy days of Hal Jordan, Dinah Lance and Oliver Queen. The cruel present comes back with heroes from both sides converging for Ollie’s funeral.

With Hal siding with Kal-El, the encounter between him and Dinah is awkward at best. It still doesn’t compare to the actual confrontation between Black Canary and Superman when the Man of Tomorrow shows up. There’s a secret to Dinah that Superman learns from her at the end, and I’m not spoiling that one. However, I can’t help but let you know that as Supes flies away, Dinah addresses someone who’s been listening and recording from a distance: ORACLE.

Oracle is actually my second favorite of all of Gotham’s heroes. And if she’s who she was before the New 52’s then I will not be missing the next issue.

Recommended because this comic was already one of the best storylines in Year One, and I don’t even care about the game it’s based on.

To end in yet another DC book, Forever Evil: Arkham War #4 brings us a warped dynamic duo of Bane and the Talon named Cobb.

I love the turf war between Arkham Asylum’s denizens and Blackgate’s criminals but I don’t understand Bane’s motivation in turning himself into a Batman-inspired hero. Cobb’s motivation, which is to help Bane recover control of Gotham just so he’ll eventually relinquish it to the Court of Owls seems more solid (although I’m not sure I believe Bane would give it up so easily).

But Arkham’s team is not without its own ideas. Enter Victor Fries combining his technology with the mental tricks of Scarecrow and the Mad Hatter. Arkham now has a number of Talons on their side to wage war for Gotham. Yes, I gave it away but honestly we’ve known those other Talons were not just going to stay asleep, didn’t we?

Recommended if you’re one of those guys who just likes Gotham City featured heavily in history and geography. Gotham City happens to be my first favorite character from DC Comics after all. 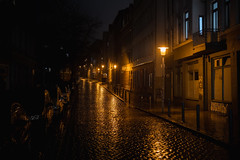 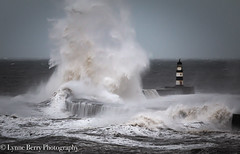