We’re getting very close to the end of DC Comics’ Death Of The Family arc. I must say for the most part it has been entertaining although a bit horrifying as well. The Joker’s return is nothing short of dark and epic but I do cringe a little at the implications of all he’s doing. At this point you’ve seen the cliffhangers that abound in every other Bat-family comic, but there’s something that escaped me until I read Teen Titans #16.

You see, every comic that follows a denizen of the Batcave has so far ended in the same scene… Giggles holding a bloody tray with a cover. I had an idea of what’s going to be on that tray, but I had wrongly assumed that it was going to be the same thing presented to everyone in turn.

At the end of Teen Titans #16, Jason Todd and Tim Drake are presented with a tray for each one. Now we have to assume is going to be something personal for each bat-person. The rest of the comic does a nice work of what is basically a two-for-one deal of both Red Robin’s and Red Hood’s battle with the Joker. I don’t quite grasp Tim’s thought of how Jason is the closest thing to a brother, a thought that has been echoed in a lot of reviews. It’s a bit too convenient. However, it’s still a very action packed issue that for the most part does a terrific job instead of just sailing peacefully to the cliffhanger we’re all familiar with from the other Bat-comics.

I think I know what’s on Bruce’s tray but I think we’ll see it first and later on it will turn out that it was fake. Further discussion after we’ve actually read the conclusion on Batman #17.

On to happier, although still a bit creepy, developments, Superior Spider-Man #2 came out. I really got into this issue a lot more than the previous one. It’s really that good. Peter Parker has come back as a sort of ghost that nobody, except the readers, can see. It’s like adding the director’s commentary on the DVD you are watching. It makes for some really funny scenes. Doc Ock does turn up the creep factor on scenes with Mary Jane, but only in his mind. Externally, he remains a gentleman and is never aggressive towards her. You never feel MJ is any immediate danger. Peter might disagree.

I’ve never followed Spider-Man and I don’t feel lost at all in this comic. It’s a bit of joyride, like picturing yourself suddenly gaining control of a superhero – except you’re an evil mad scientist. Right now this is my fun comic to read. Recommended.

The first ever Batman and Robin Annual is out. I’m impressed. Really. This is the first Batman comic in a while where it seems everything is in place and we’re settled in for a refreshing Damian Wayne. In a one-shot story, Damian single-handedly sents Bruce scouting around the globe for tidbits of his past while he decides to patrol Gotham City taking on as many cases as he can handle before his father is back.

You’ll probably recognize the costume that Damian uses as an early version of the one that appears in pre-New 52’s Batman #666. Don’t worry, this is not as dark as that one or as the revisit in Batman Incorporated #5.

Even Bruce himself feels lighter in this story as he learns to let go of his usual control issues and have Damien direct him along the way. Add to that some character and a lot of zest from Alfred Pennyworth who gets to have his fun for once and you have an all around fun yet action packed comic. Without drastically changing the character, Damian really shows a lot of growth – and shades of Wayne – in this issue. Recommended. 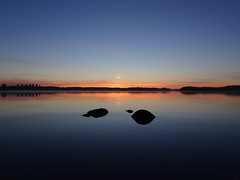